Effects from the 1929 stock market crash quickly found their way to West Virginia and the Great Depression began.  Initially companies were able to use their position over workers to decrease wages and benefits in an attempt to try to save themselves.  However, as the depression wore on businesses failed and many residences had to rely on benefits from the New Deal programs of President Roosevelt.  Programs such as the Civilian Conservation Corps and Work Progress Administration provide jobs and needed infrastructure for the state.  Additionally, cooperative communities such as Arthurdale were set up to provide new opportunities for families.  At the end of the era as war returns to Europe, American industry begins to again feel its effects and recover. 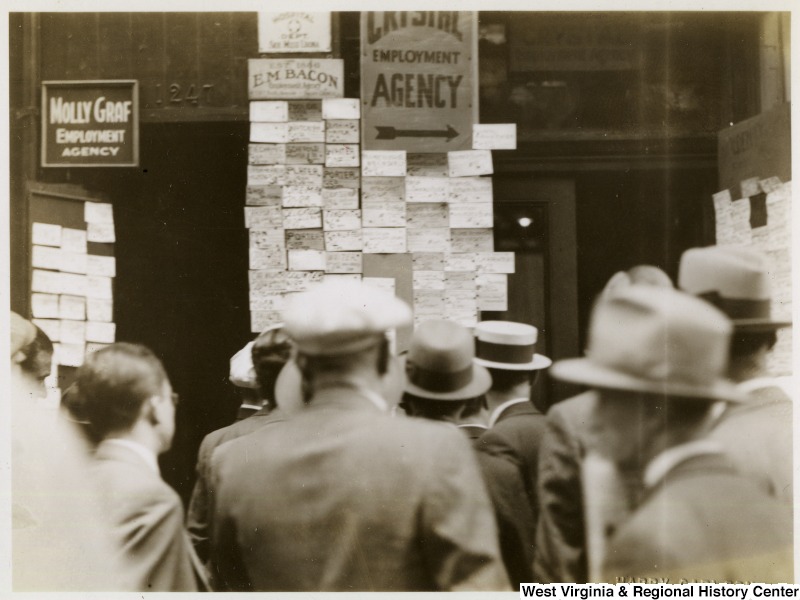 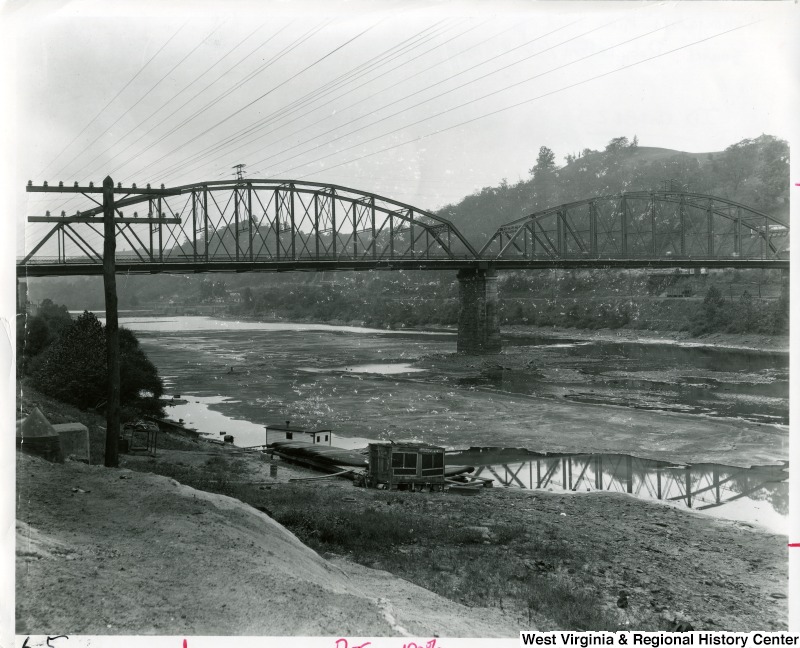 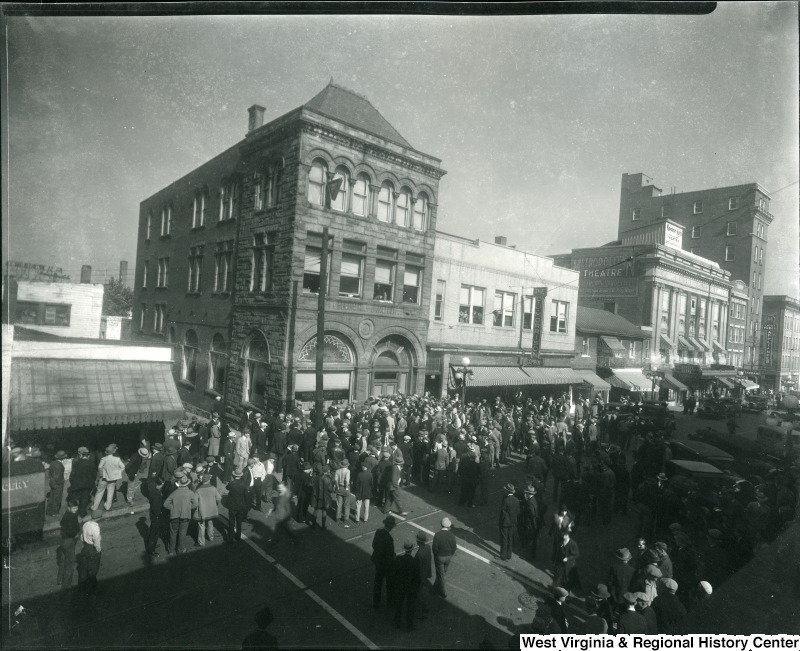 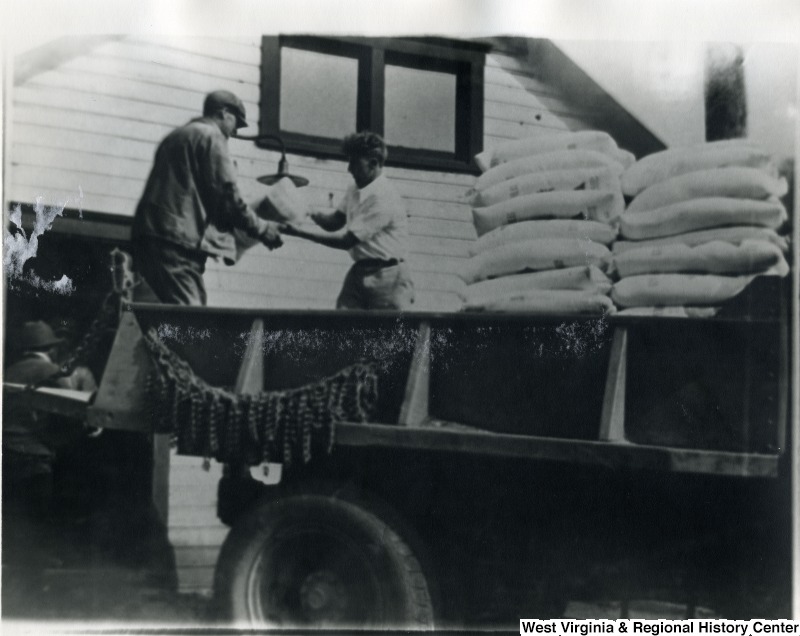 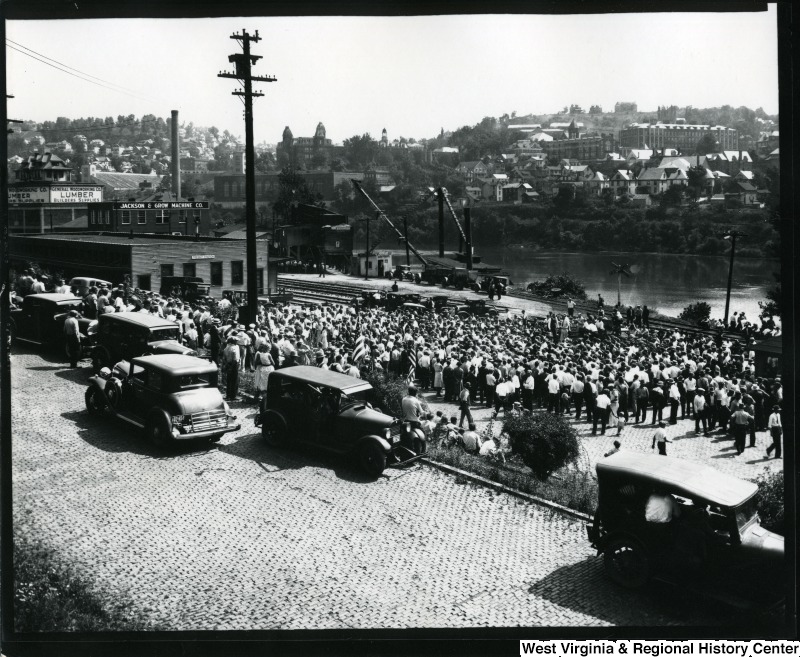 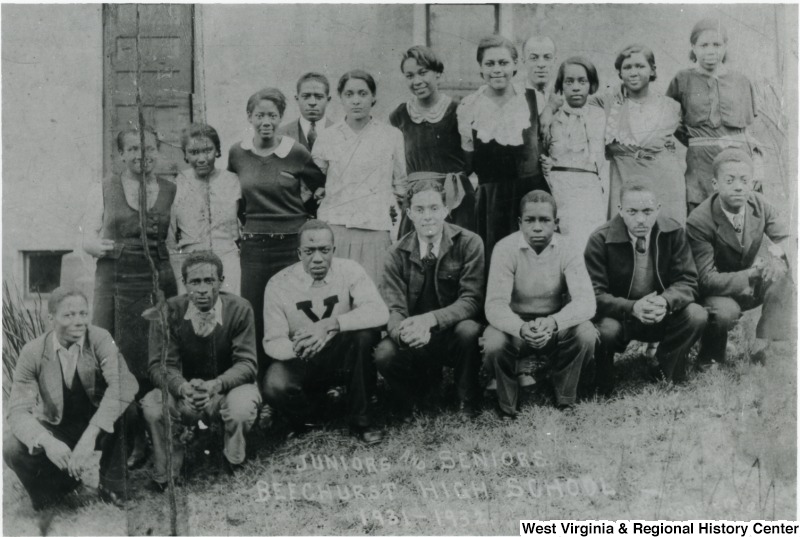 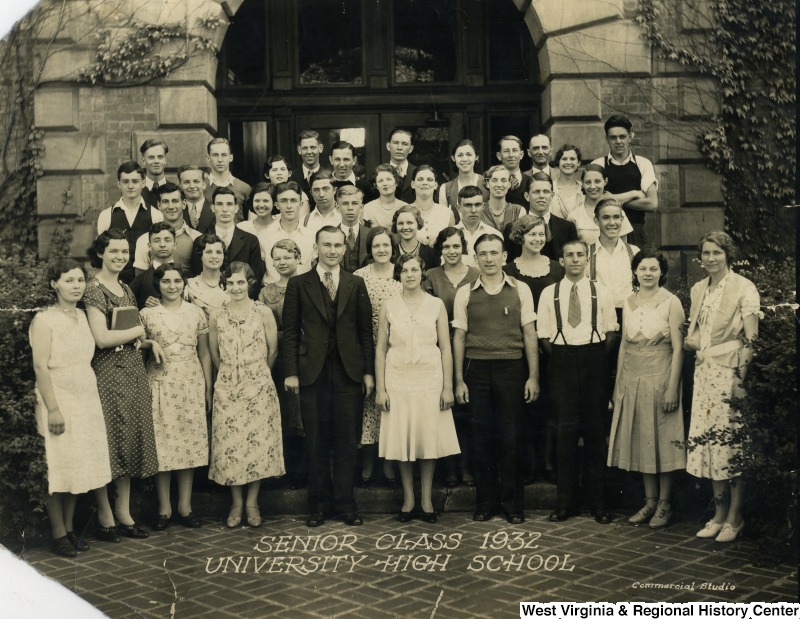 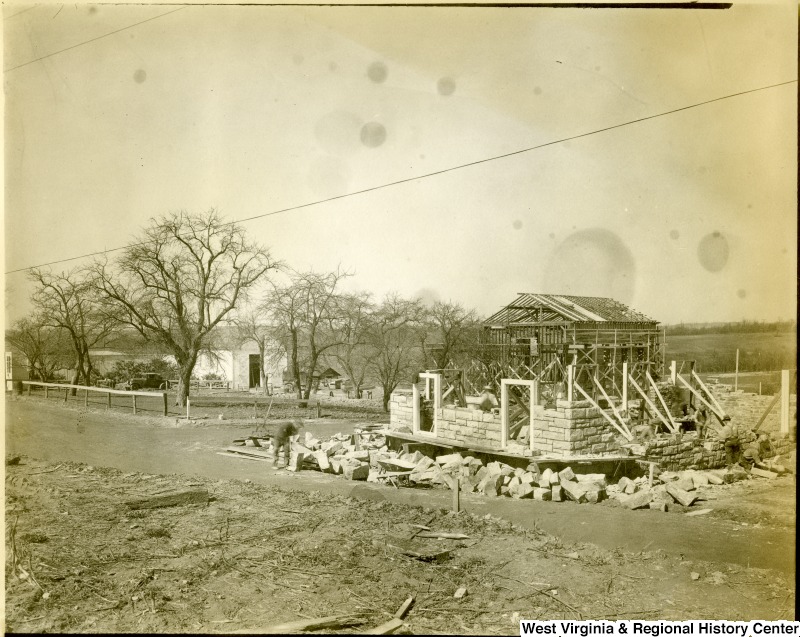 Community Center and Other Buildings Under Construction at Arthurdale, W. Va. 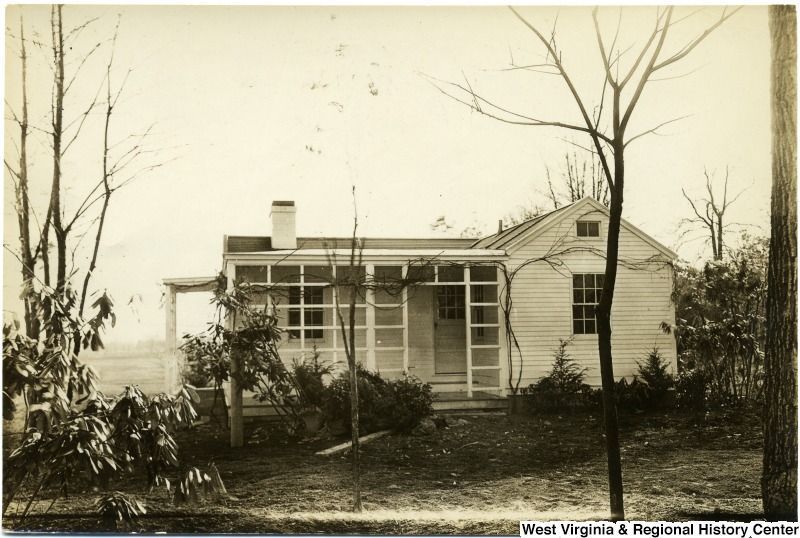 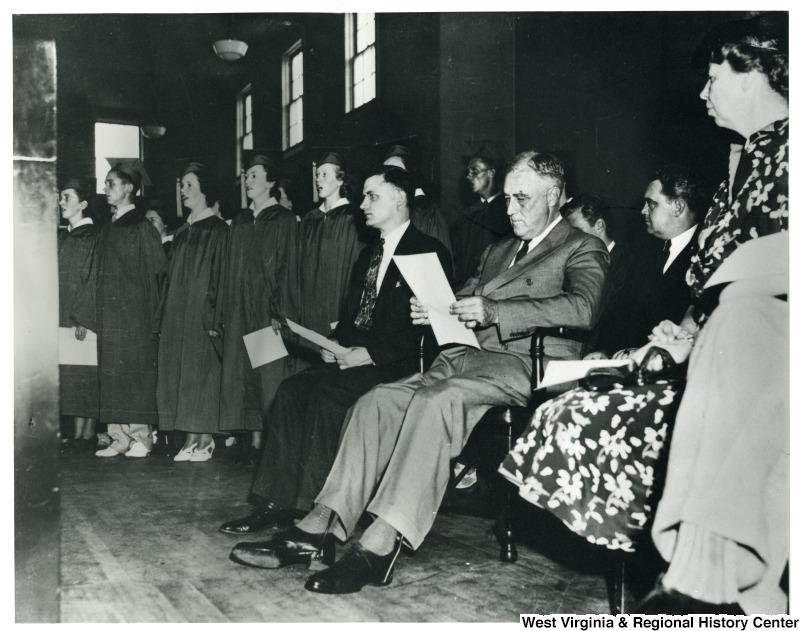 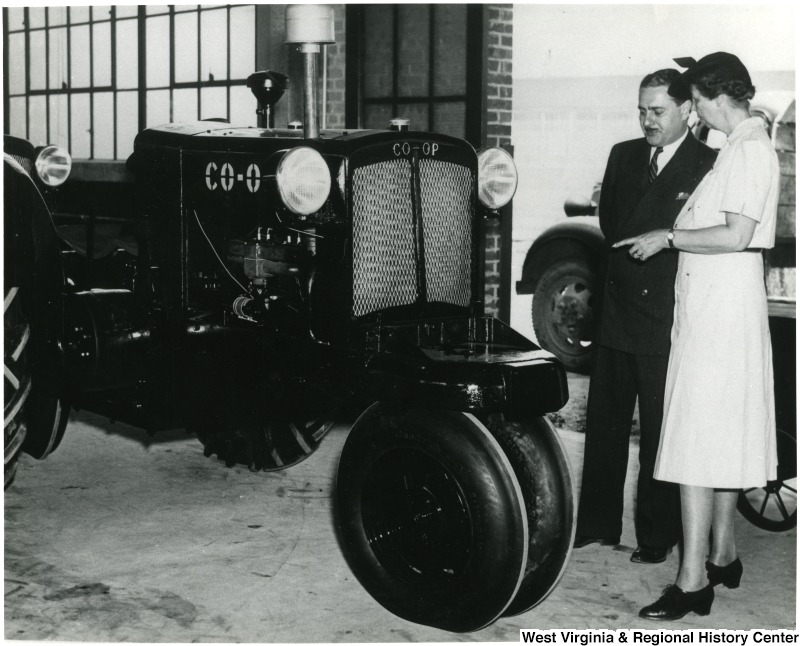 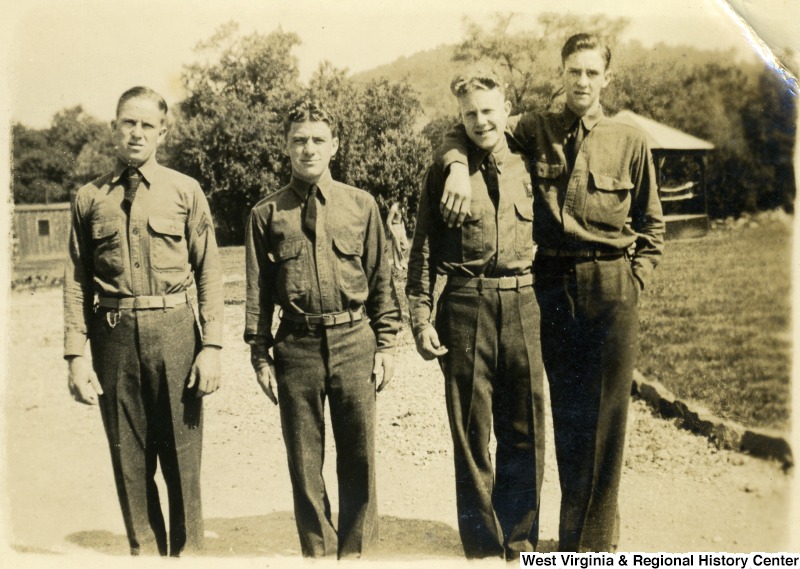 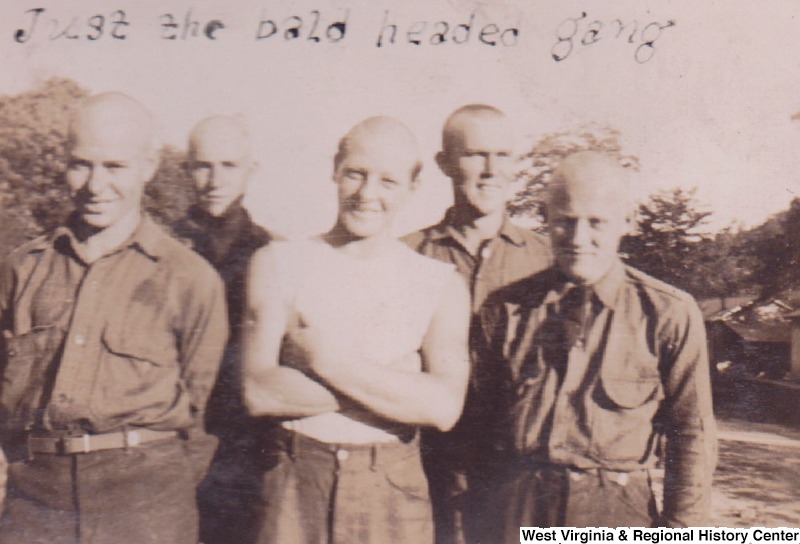 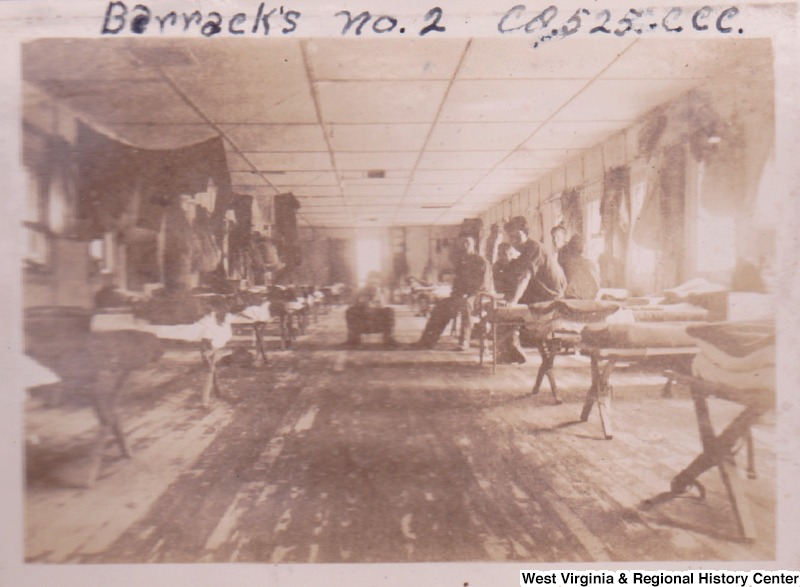 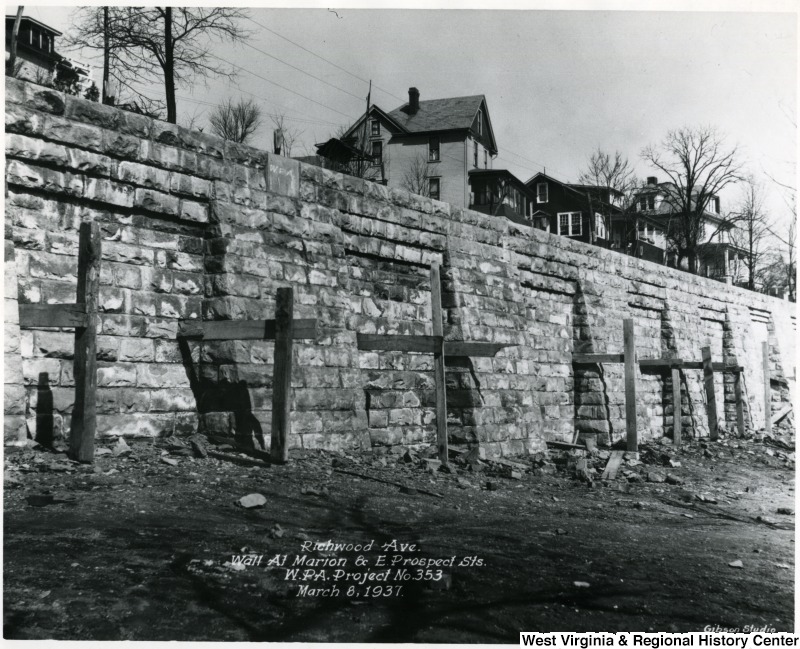