How Laws are Made 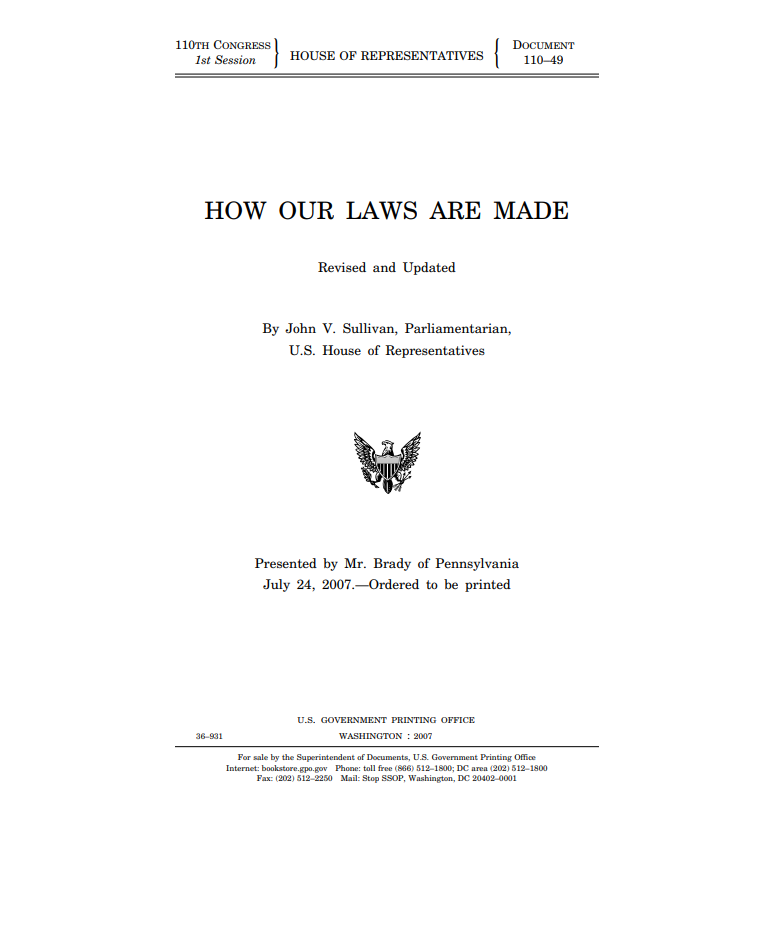 A bill is the form used for most legislation, whether permanent or temporary, general or special, public or private. Bills are presented to the President for action when approved by a majority in identical form by both the House of Representatives and the Senate.

Resolutions may originate either in the House of Representatives or in the Senate. On approval of such a resolution by two-thirds of both the House and Senate, it is sent directly to the Administrator of General Services for submission to the individual states for ratification.

Public and private laws are also known as slip laws. A slip law is an official publication of the law and is competent evidence admissible in all state and Federal courts and tribunals of the United States.

Legislative histories is a term that refers to the all of documents that are produced by Congress as a bill is introduced, studied, and debated.