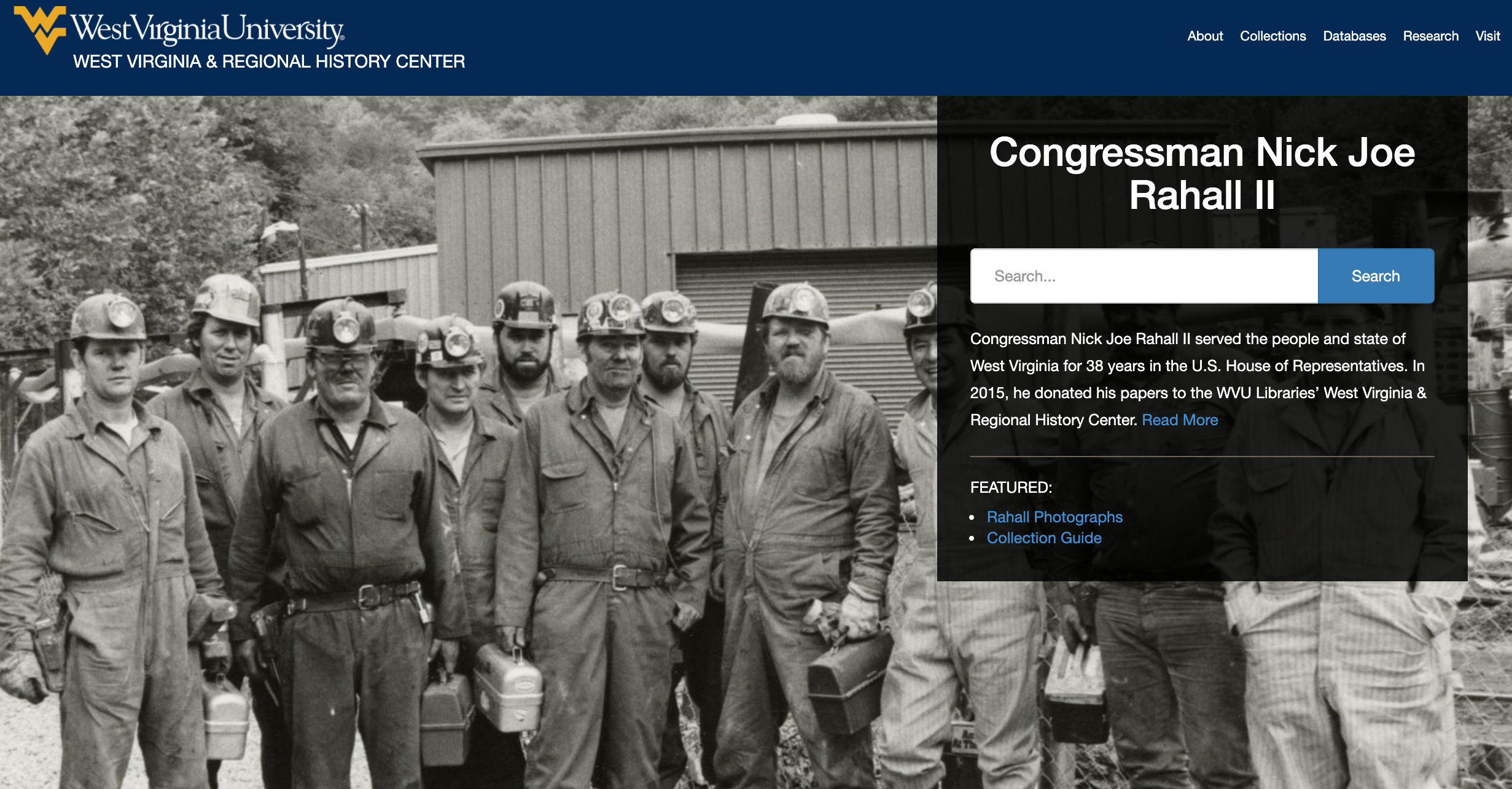 Congressman Nick Joe Rahall II served the people and state of West Virginia for 38 years in the U.S. House of Representatives. In 2015, he donated his papers to the WVU Libraries’ West Virginia & Regional History Center. He began his political service in the early 1970s working in the cloak room of the U.S. Senate; as a staff member in the Senate Office of the Majority Whip from 1971-1974; and as a delegate to the Democratic National Conventions in 1972 and 1976. He was elected as a Democrat to the U.S. House of Representatives in 1976 to represent West Virginia’s Third District and was re-elected for nineteen terms, serving from January 3, 1977-January 2, 2015. 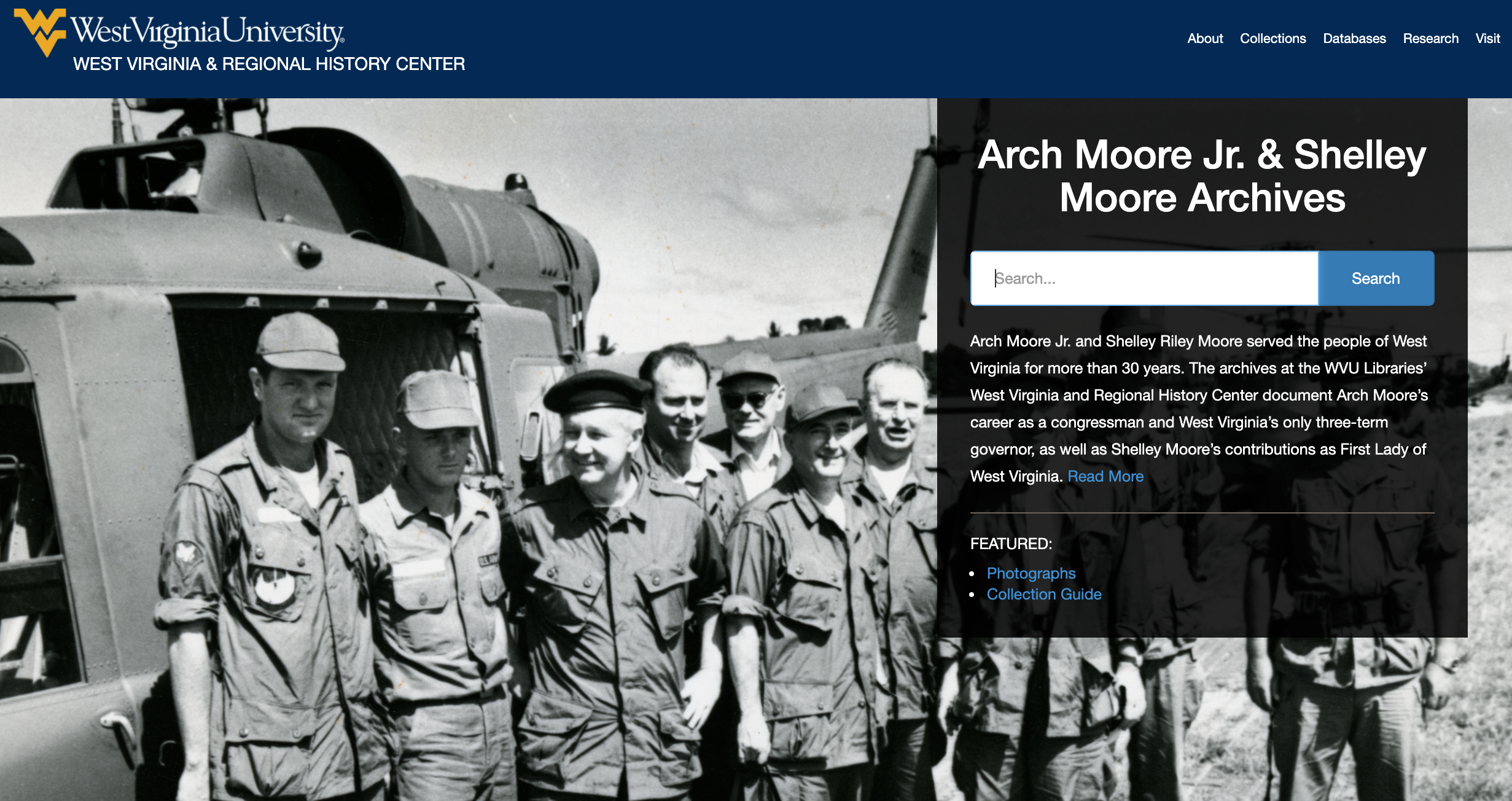 Arch Moore Jr. and Shelley Riley Moore served the people of West Virginia for more than 30 years. The archives at the WVU Libraries’ West Virginia and Regional History Center document Arch Moore’s career as a congressman and West Virginia’s only three-term governor, as well as Shelley Moore’s contributions as First Lady of West Virginia. Arch Moore served three terms as Governor of West Virginia (1969-1977, 1985-1989). He was an unsuccessful candidate for reelection for governor in 1988. Previously, he was elected as a Republican to five terms in the United States House of Representatives, serving from January 3, 1957-January 3, 1969. He was not a candidate for reelection to the Ninety-first Congress in 1968. He died on January 7, 2015, in Charleston, WV.

Selected photographs are available at https://moore.lib.wvu.edu/.