Researching and tracing trends and events

As the great philosopher once said

Bonfire of the vanities 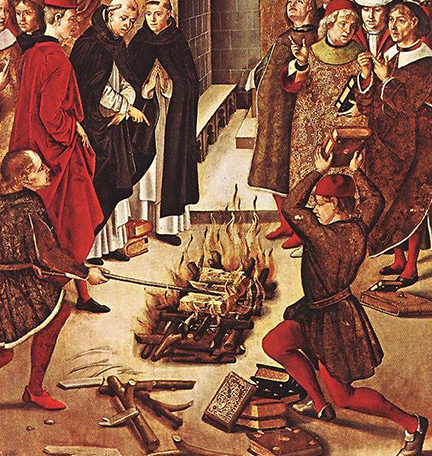 A burning of objects condemned by religious authorities as occasions of sin. Supporters of the Dominican friar Girolamo Savonarola collected and burned thousands of objects such as cosmetics, art, and books in the public square of Florence, Italy, on the occasion of Shrove Tuesday.
For details and context see: Zealot (2008). In M. Wilson, If the paintings could talk. The National Gallery. Credo Reference. 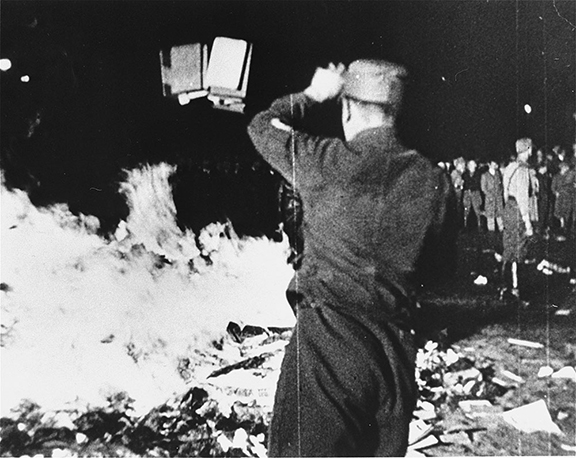 A member of the SA throws confiscated books into the bonfire during the public burning of "un-German" books on the Opernplatz in Berlin. —United States Holocaust Memorial Museum, courtesy of National Archives and Records Administration, College Park

Kanawha County Textbook Controversy
This violent 1974 clash over textbooks in West Virginia prepped the nation for a New Right movement: Shooting at buses, striking miners, and the KKK Timeline 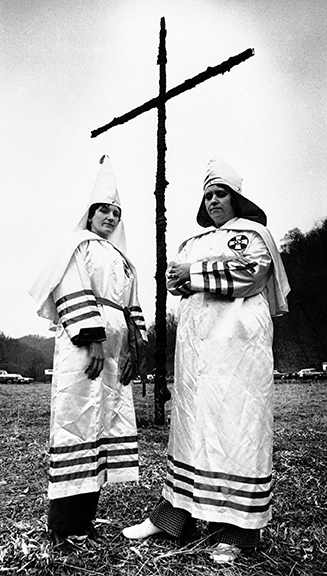 Two women in Ku Klux Klan robes and a cross which was burned at a rally in Charleston, West Virginia, in 1975. The Klan had pledged to unite anti-textbook forces in Kanawha County. (AP Photo)

from the First Amendment Encyclopedia

School curriculum is the latest arena in battle over LGBTQ+ rights

2021 Enhanced by social media, book challenges impact the race for Governor of VIrginia

What's it like to have Terry McAuliffe block you from having a say in your child's education?

This mom knows – she lived through it. Watch her powerful story. #VAgov pic.twitter.com/u8EjmMQX0n

2021 A push to ban LGBTQ books in Waukee 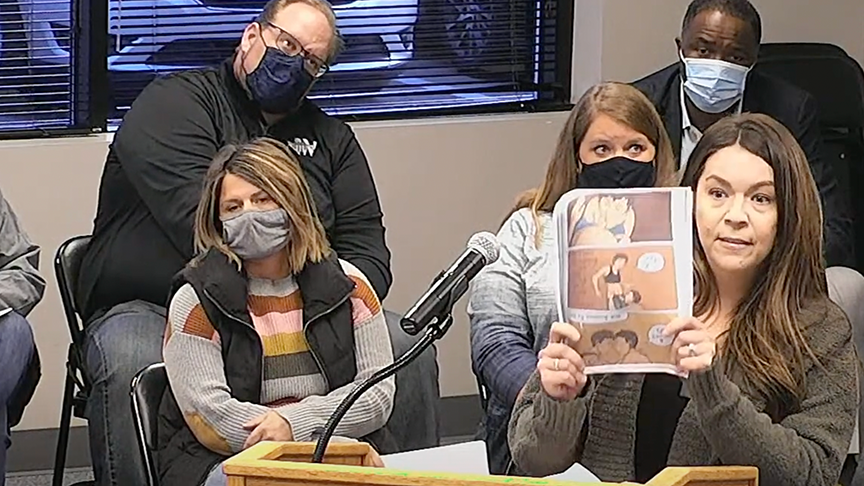